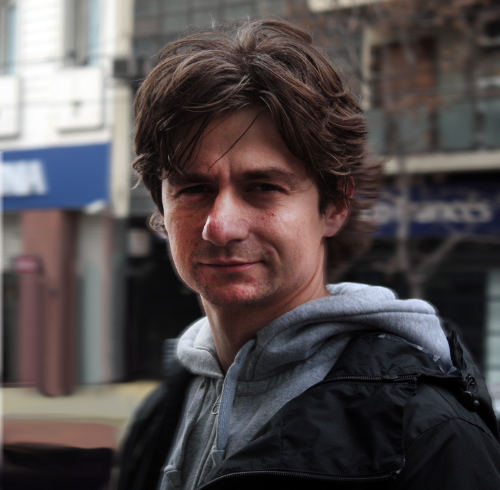 A graduate of Computer Steering System (2003-2005) and Computer Surveying (2000-2003) at the Faculty of Physics of Astronomy and Informatics, Nicolaus Copernicus University.

In 2018 he completed post-graduate studies: History of art. Music. Theater and film, specialization: History of music with elements of contemporary musical culture (Art Institute of the Polish Academy of Sciences).

Since 2006, he is associated with the Faculty of Composition, Theory of Music and Sound Engineering, The Feliks Nowowiejski Music Academy as a lecturer in subjects: Studio Techniques, Digital Techniques of Sound Editing, Acoustics, Electroacoustics, Fundamentals of Electronics. He co-creates and implements workshops for students “Implementation of 100% sound” carried out under the patronage of the Polish Film Institute.

In the years 2001-2012 he was actively involved with the Collegium Medicum Choir of the Nicolaus Copernicus University in Bydgoszcz. Together with the CM Choir participated in numerous concerts and choir competitions, among others: 2004-Preveza (Greece) silver medal in the category of chamber choirs, 2008-Llangollen (Wales) fourth place in the category of chamber choirs, 2010-Stankt St. Petersburg (Russia) third place….

In 2011-2012 he worked as a tonal and impedance audiometry acoustician in the Department of Pathophysiology of the Hearing and Balance System, Department of Otolaryngology and Laryngological Oncology, Facuty of Medicine, Collegium Medicum UMK in Bydgoszcz (University Hospital named after Dr. Antoni Jurasz in Bydgoszcz).

In the years 2012-2014, together with the piano virtuoso Adam Kośmieja, he worked on the revitalization of Kazimierz Serocki’s “Pianophonie” – on the reconstruction of the electronic layer based on the MAX / MSP environment.  The culmination of the project was the presentation during the 57th International Music Festival Contemporary “Warsaw Autumn” (2014). The next presentations took place a year later (October 16, 2015) during the SoundLAB project (2015) in Szczecin and after on the Toronto International Electroacoustics Symposium (2016).

He is currently co-organizing the sound layer in the SHMIB project (Simultaneous Hybrid of Improvised Music and Bioart). He is also a member of the Program Council of the Artistic-Research Foundation OM – organisms and machines in culture.

Twice awarded the Individual Rector’s Award of the Music Academy Feliks Nowowiejski in Bydgoszcz (2013, 2017). Two-time laureate of the Mayor of the City of Bydgoszcz (2015, 2016).

Member of the Audio Engineering Society since 2011.