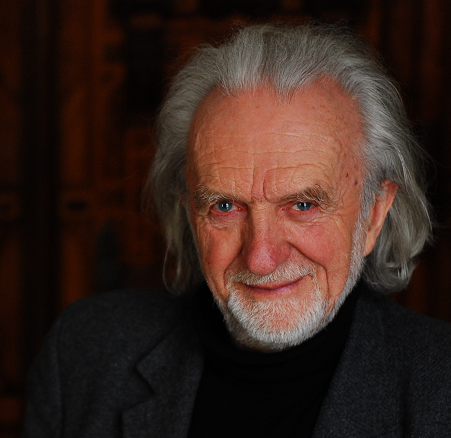 Zbigniew Bargielski, born in Łomża in 1937 – Professor Ordinarius at the Feliks Nowowiejski Academy of Music in Bydgoszcz, since 2002 the Dean of the Department of Theory of Music and Composition at the Department of Composition, Theory of Music and Sound Engineering at this institution; in the years 2005-2014 Mr. Bargielski taught the composition class at the Academy of Music in Krakow. He studied law at the Maria Skłodowska-Curie University in Lublin in the years 1954-1957. In 1958, he commenced his study of composition at the Higher State School of Music in Warsaw under Tadeusz Szeligowski. After the teacher’s death, he continued with Bolesław Szabelski at the Higher State School of Music in Katowice, graduating in 1964. In the years 1966-1967 he completed supplementary studies with Nadia Boulanger in Paris, and, in 1972, at the Hochschule für Musik in Graz. In 1986, he won the scholarship of the Deutscher Akademischer Austauschdienst in Darmstadt. In the years 1967-2002 he lived in Austria (Graz, Vienna).
Zbigniew Bargielski’s has written nearly 200 compositions, implementing various genres and forms. Most of them have been performed in the countries of Europe as well as in Japan, the United States, Australia, and South America.

Zbigniew Bargielski is the winner of numerous composers competitions, including: 1st prize for Parades for symphony orchestra (1965) at the 1965 Competition for Young Composers of the Polish Composers’ Union; 2nd prize for String Quartet No. 1 (the Alpine – 1976) of Artur Malawski Composers Competition in Krakow in 1976; in 1981 the same Quartet won an honorary award from the UNESCO International Composers Tribune in Paris; 3rd prize for the cycle of songs Sen mara (A Nightmare – 1982) for tenor and piano to the words of Kazimierz Wierzyński at the 1982 Karol Szymanowski Composers Competition; Trigonalia for guitar, accordion, percussion and chamber orchestra (1994) – recommended by the UNESCO International Composers Tribune in Paris in 1995.

For many years, Mr. Bargielski was an active member of the Polish Composers’ Union, performing various functions at its Main Board, the Qualification Committee, the Repertoire Committee of the International Festival of Contemporary Music Warsaw Autumn; he was also a juror (and, on many occasions, the chairman) during composers competitions.

Another area of Zbigniew Bargielski’s activity was writing, particularly intense in the years 1965-1978 when his articles were published in such periodicals as Kurier Polski (Polish Courier), Literatura (Literature), ITD. (ETC.), Kultura (Culture), and Ruch Muzyczny (Musical Movement).

For outstanding achievements in the field of musical culture, Zbigniew Bargielski has been honored on numerous occasions with renowned prizes and distinctions, including the Decoration of Honor Meritorious for Polish Culture (1990) and the Officer’s Cross of the Order of Polonia Restituta (1995); in 2000 in Vienna he received the Anton-Benya-Preis award; in 2001, the Polish Composers’ Union Award; in 2008, the Golden Owl – an honorary prize of the Federation of the Polish Diaspora Congress in Austria; and, in 2011, the Gloria Artis Gold Medal for Merit for Culture. In 2017, he was awarded the Artistic Prize of the Mayor of the City of Bydgoszcz.

“Zbigniew Bargielski’s work, in comparison to contemporary Polish music, is a largely autonomous phenomenon, unveiling independently of fashions, trends and tendencies. Bargielski skillfully uses various achievements of modern compositional language, at the same time refusing to radically break up with tradition. He does, however, maintain a certain distance towards both modernism and postmodernism.” [Andrzej Chłopecki]