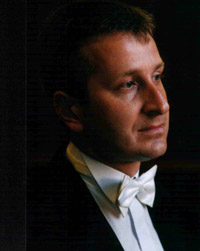 Since 2004 he has been the head of the Department of Vocal Projection at the Academy of Music in Bydgoszcz (www.amuz.bydgoszcz.pl). Apart from being in charge of the department’s scholarly and teaching activity, he regularly organizes national seminars and workshops in vocal projection and speech-language therapy (using voice in one’s occupation), vocal ensemble directing, musical traditions and performance practices throughout history. He has been the director of the International Festival of University Choirs Universitas Cantat in Poznań since 1998 (http://www.cantat.amu.edu.pl/).