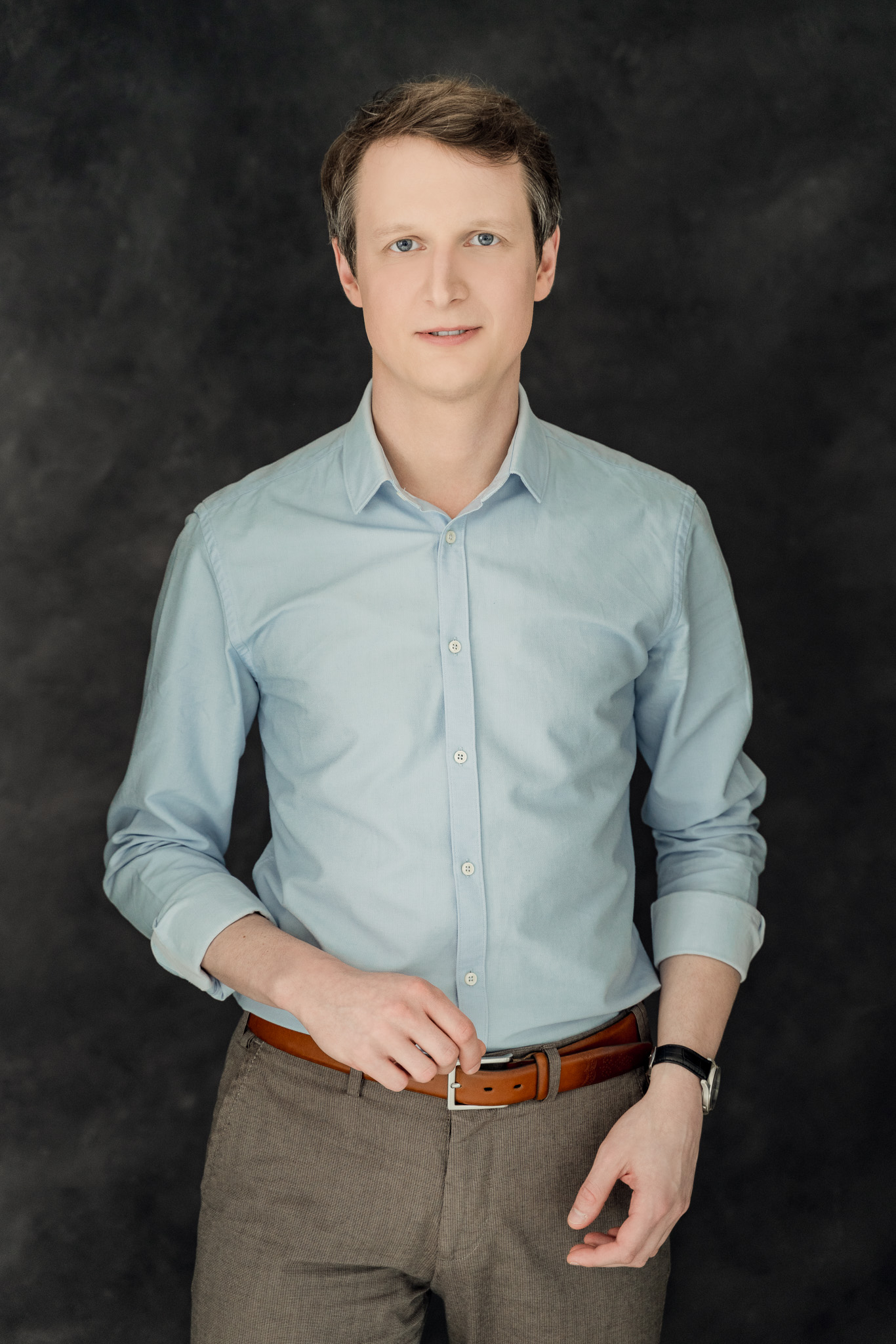 SZYMON GODZIEMBA-TRYTEK, a composer and music theorist, born on February 21st 1988 in Bielsko-Biała. In 2013, he completed his second degree composition studies (diploma cum laude) in the class of Marian Borkowski (in the years 2008-2010 he studied composition under Marek Jasiński) as well as second degree studies with the specialization in theory of music at the Faculty of Composition, Theory of Music and Sound Engineering of the Feliks Nowowiejski Academy of Music in Bydgoszcz, Poland. In the academic year 2009/2010 he received a scholarship as part of the ERASMUS program at Istituto Superiore di Studi Misicali Achille Peri in Reggio nell’Emilia, Italy under the guidance of Andrea Talmelli. As of 2013, he has taught at the Academy of Music in Bydgoszcz. In the artistic season of 2016/2017 he was a composer-in-residence in the Polish Radio Choir.
Szymon Godziemba-Trytek is the winner of prizes and honors of national and international composition competitions, including: 1st Prize at the 12th Composer Competition Musica Sacra Nova 2016 in Cambridge for Beatus vir for mixed choir a cappella (2016) 1st Prize at the international composition competition EACC12 Choral Composition Award in Graz, Austria for Beati for mixed choir of 12 voices a cappella (2012), 3rd Prize at the 10th Composer Competition Musica Sacra in Cologne for Miserere mei Deus, miserere mei for mixed choir a cappella (2014), 3rd Prize ex aequo at the 7th Karol Szymanowski Competition for Tre Episodi for orchestra (2013), 1st Prize at the National Composition Competition Fides et Ratio for Salomon (Solomon) for choir and pipe organ (2009), 1st Prize at the 5th National Composition Competition for Choral Passion Songs for O vos omnes for mixed choir a cappella (2012), honorary mention at the 2nd Composition Competition Opus 966 for Nox praecessit for mixed choir a cappella (2014), honorary mention at the 13th Tadeusz Ochlewski Memorial Composition Competition for A Wanderer’s Song for children’s choir (2015), winner of the 5th Zygmunt Mycielski Memorial Composition Competition for Wietnam (Vietnam) for vocal octet (2014).
Works by Szymon Godziemba-Trytek found their way to the repertoires of numerous festivals and concerts in Poland and abroad (Armenia, Austria, England, Spain, Ireland, Germany, Lithuania, Russia, Ukraine, USA, Italy), the festivals including: the International Contemporary Music Festival Warsaw Autumn, Gaude Mater, Legnica Cantat, Europäisches Festival für zeitgenössische geistliche Musik, International Choral Festival Missoula, Cork International Choral Festival. Interpretations of his compositions have been attempted by renown ensembles: the Pomeranian Philharmonic, the Szczecin Philharmonic, the Gorzów Philharmonic, the Baltic Neopolis Orchestra, the Trinity College Choir (England), the Jauna Muzika Vilnius Municipal Choir (Lithuania), the Youth Choir Kamer (Latvia) the Polish Chamber Choir Schola Cantorum Gedanensis, the Polish Radio Choir, the Professor Jan Szyrocki Choir of the West Pomeranian University of Technology in Szczecin, Poland, the Chamber Choir of the Academy of Music in Bydgoszcz, the Choir of the Gdańsk University of Technology, the choir and orchestra of Mozart Society 2003. His work was recorded and broadcast byDrugi BBC Radio 3, Polskie Radio Program 2.
Compositions by Szymon Godziemba-Trytek have been published by national (the Polish Music Publishing House, the Feliks Nowowiejski Academy of Music Publishing Department) as well as foreign (Helbling Verlag in Innsbruck, Austria and SCHOTT MUSIC GmbH & Co KG in Mainz, Germany) publishing institutions.
In two instances the patronage over the composer’s output was held by the Ministry of Culture and Cultural Heritage as part of the ‘Composition Commission’ program carried out by the Institute of Music and Dance (Etnos and Magnificat).
Moreover, Szymon Godziemba-Trytek received the following awards and artistic scholarships:
the Scholarship of the Minister of Science and Higher Education for for outstanding young scientists (2017-2019) The Award of the Minister of Culture and National Heritage for outstanding achievement in the field of the arts (2012), the Scholarship of the Minister of Science and Higher Education for outstanding achievement (2012), the Scholarship of the President of the City of Bydgoszcz for distinguished academic achievement (2013), the Scholarship of the Grazella Foundation in the area of music (2013), 1st place in the contest Rumaki 2013 (Steeds 2013) organized by the Makrum S.A. Capital Group for outstanding achievement in the field of culture and praiseworthy representation of the Kuyavian-Pomerenian Voivodeship in the country and all around the world.