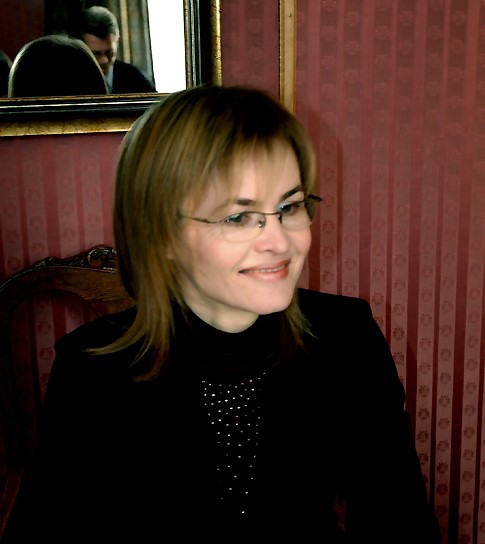 Violetta Przech, habilitation degree (Academy of Music in Kraków, 2015), graduated from the Department of Composition and Theory of Music of the Feliks Nowowiejski Academy of Music in Bydgoszcz. She obtained her Ph.D. degree in 2001 from the Adam Mickiewicz University in Poznań (Faculty of Musicology at the Institute of History of Art). She works as an associate professor at the Academy of Music in Bydgoszcz. In the years 2005–2012 she performed the duties of the dean of the Department of Composition, Theory of Music and Sound Engineering, and since 2012 –  of deputy dean. She is the editor-in-chief of the Publishing House of the Academy of Music in Bydgoszcz. Her academic interests focus around the music of the 20th and the 21st centuries (especially of Polish origin), including multi-faceted analysis of compositions. She is a regular speaker at academic conferences in Poland and abroad (e.g. in Simferopol 2013, Odessa 2013, Brno 2011, Oxford 2009, Toulouse 2008) and the author of a few dozen publications (books and articles), including the following monographs: Polish Works for Solo Piano 1956–1985. New Trends and Techniques (2004), Catalogue of Ryszard Kwiatkowski’s Works (2005), as well as co-author of the Zbigniew Bargielski. A Thematic Catalogue of Works (2012). Currently she is working on a monograph dedicated to Zbigniew Bargielski’s music. She combines her academic work with teaching by conducting classes in the analysis of the works of music, Polish music of the 20th and the 21st centuries, academic work methodology, M.A. and B.A. tutorials. She has supervised more than a dozen M.A. and B.A. theses. She is a member of the Polish Composers’ Union (Musicologists’ Section).