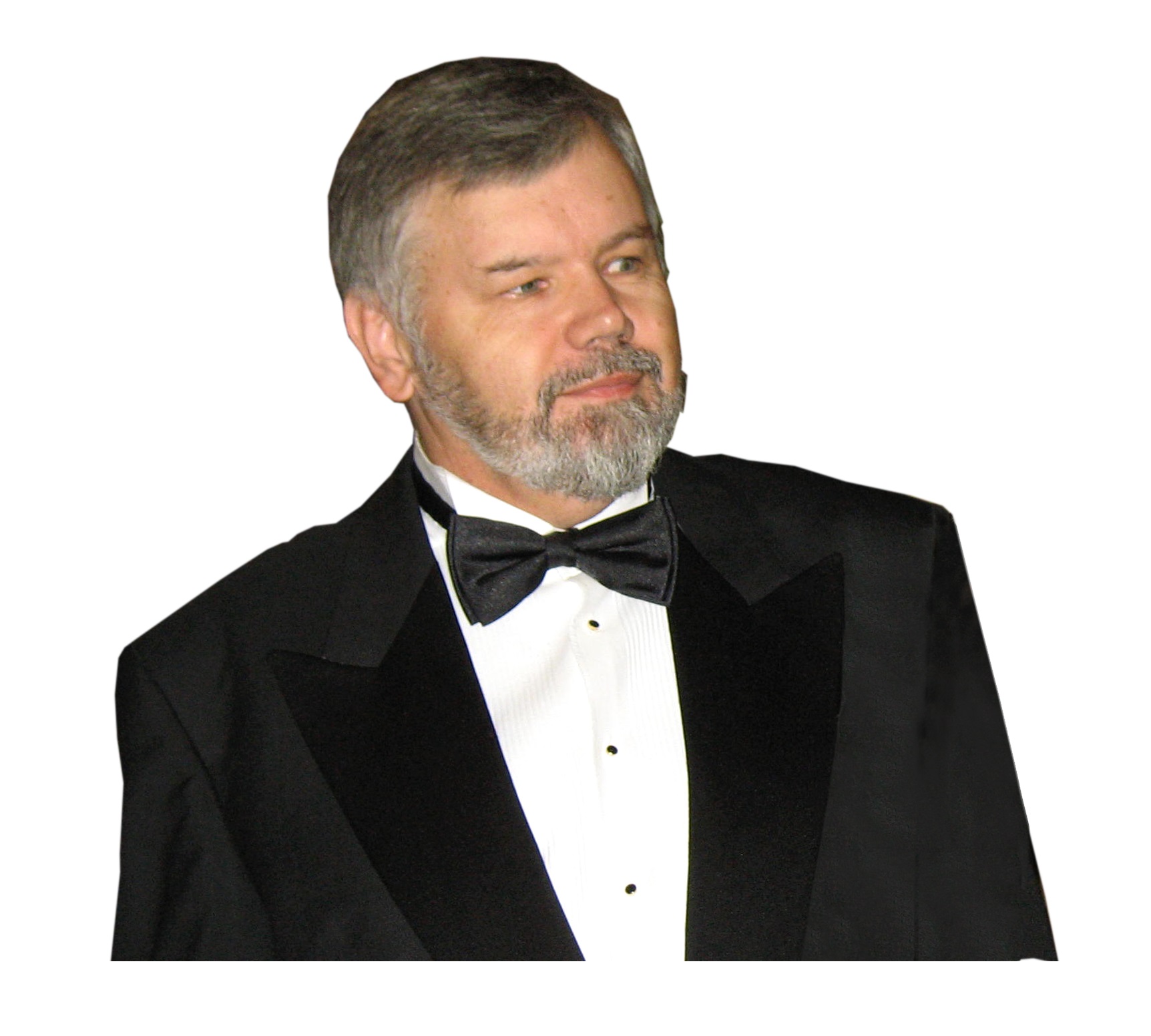 Hailing from Zduńska Wola, Professor Wiesław Bednarek has been the leading baritone amongst the soloists of the Grand Theatre – National Opera in Warsaw for almost a quarter of a century and also The Grand Theatre in Łódź during 1979 – 1985. During his career he gave some 1000 performances in his parent theatre of the greatest baritone roles in the world’s operatic repertoire such as the title roles in Verdi: Nabucco, Macbeth, Rigoletto, often première performances. He was the first to perform Nabucco in Poland (Silesian Opera – 1983).
His many travels have led him to almost every European country and such splendid venues as the Bolshoi Theatre in Moscow, the Viennese Staatsoper, Berlin’s Komische and Staatsoper, Palais des Congrès and Champs-Ėlysées in Paris, Dresden’s Semperoper, National Opera and Amphitheatre under the Acropolis in Athens and many other locations: Jerusalem, London, Brussels, Helsinki, The Hague, Amsterdam, Vilnius, etc. (around 700 performances). He participated in the world-acclaimed productions of Stanisław Moniuszko’s Halka, directed by Maria Fołtyn, in Brazil and Japan and also at the opening of the second (after Seoul) opera house in Korea – in Verdi’s La Traviata – with Izabella Kłosińska (1992). For his outstanding contributions to Polish culture, he was awarded a prize by the Minister of Foreign Affairs of The Republic of Poland.
After his 1996 performance of Nabucco in Warsaw’s Grand Theatre with the world-renowned Ghena Dimitrova, its conductor, Anton Guadagno, who for decades had worked with artists such as Maria Callas, Renata Tebaldi, Franco Corelli, Mario del Monaco and other foremost singers of the second half of the twentieth century, publicly acclaimed Wiesław Bednarek as a “sensational baritone”. In consequence of these words, he received a written invitation from Italy’s predominant impresario onto the foremost operatic stages in the world. Whilst esteeming the honour he nevertheless decided to remain with the domestic musical scene.
Apart from his musical education, Wiesław Bednarek has completed a Master’s degree in journalism as well as studies in administration, both with The University of Warsaw and additionally, postgraduate studies in business and management with the International School of Mangers in Warsaw. He is also a holder of the Doctor hab. degree; extensive extracts from his dissertation, which were described by his supervisor, the eminent vocalist and pedagogue, Professor Piotr Kusiewicz as being the best of all the works known to him on the subject of the songs of Stanisław Moniuszko, were published in the book, Stanisław Moniuszko i jego podlaski rodowód – co-authored with the historian Professor Józef Maroszek. Early in 2011 he recorded a disc of Russian romances which was wholly the subject of his dissertation, Russian Romance – my fascination which was also published as a book.
In 2012 the Minister of Culture awarded him the Silver Medal for Cultural Merit – Gloria Artis.
For his charitable concert activity he was awarded the Badge of Honour by the Polish Red Cross (2011) and the “Meritorious Service to the Union of Ex-Servicemen of the Polish Republic and Former Political Prisoners” medal (2015).
He was honoured by his home town, Zduńska Wola with the title of citizen of the year in 2001 which also nominated him Ambassador of the culture of Zduńska Wola in 2016.
He celebrated 40 years of artistic endeavour during the XVIII edition of the Opera-Operetta Festival in Ciechocinek in 2015 and the jubilee was repeated later in the Słupsk Philharmonia.
In the academic year 2012/13 he was appointed assistant professor at the Music Academy in Bydgoszcz to lead the vocal class in the Faculty of Vocal Music and Drama and in 2016/2017 was nominated director of the chair of Vocalistics.
At the beginning of 2017, the President of the Republic of Poland awarded him the title of professor of musical arts.