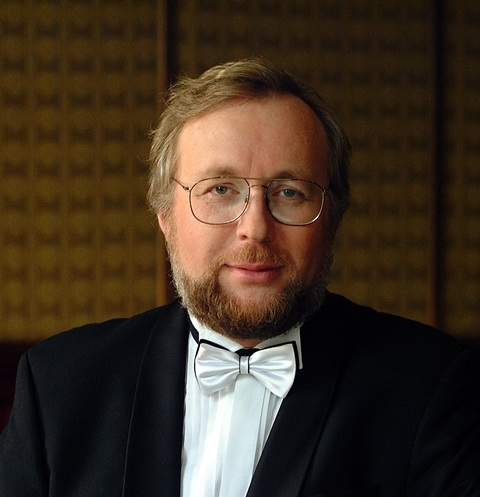 Jarosław Drzewiecki (associate professor) graduated with distinction from the Academy of Music in Poznań, where he had studied under Andrzej Tatarski. He also completed a post-degree piano programme with Jerzy Sulikowski at the Academy of Music in Warsaw. In the years 1986-1988 he was a teaching assistant to Victor Merzhanov at the Peter Tchaikovsky State Conservatory in Moscow. Since 1983 he has taught his own piano class at the Feliks Nowowiejski Academy of Music in Bydgoszcz. In 2005 he was awarded the Order of the White Star, the highest decoration bestowed on Estonian citizens and foreigners by the President of the Republic of Estonia. In 2010 he was presented with the honorary title of the Wawer Resident of the Year by the ’Initiative for Wawer’ Association. In 2013, on the initiative of the Senate and Rector of the National Academy of Music in Lviv, he received the Academy honoris causa degree.

He is the originator of the following Warsaw-based events: the Wawer Music Festival, the International Master Competition for Music Teachers and the Polish and European Festivals for Music Academies. He is also a co-organizer of the International Competition for Young Virtuosos under 13 Years of Age, the Master Piano Teaching School and the 12th ’Bieszczady without Frontiers’ Piano Forum in Sanok.

He has extensively recorded for radio and television in Poland, Portugal, the Republic of South Africa, Russia, Lithuania, Ukraine and Italy. He has recorded works by C. Seixas, L. van Beethoven, F. Chopin, J. Brahms, K. Szymanowski and I. J. Paderewski for the Polskie Nagrania [Polish Records] Company and Polish Radio. For the Japanese recording companies, Pony Canyon Classic and IMC-Tokyo, he has recorded Chopin’s rondos, variations, 16 polonaises and 27 études. Along with Adam Harasiewicz, he is the first Polish pianist to have recorded a CD album featuring the complete collection of études by Chopin.

He has made several tours in Portugal, Russia, Japan, Mexico, Canada and the Republic of South Africa. He has performed at international music festivals, such as those in Yokohama in Japan, Lisbon and Porto in Portugal, Gaming and Vienna in Austria, Cape Town in the RSA, or Antonin, Słupsk and Duszniki Zdrój in Poland. In 1995 he had his debut at the Royal Concertgebouw in Amsterdam (Holland). He also performed as a duo with his late wife and great pianist, Tatiana Shebanova.