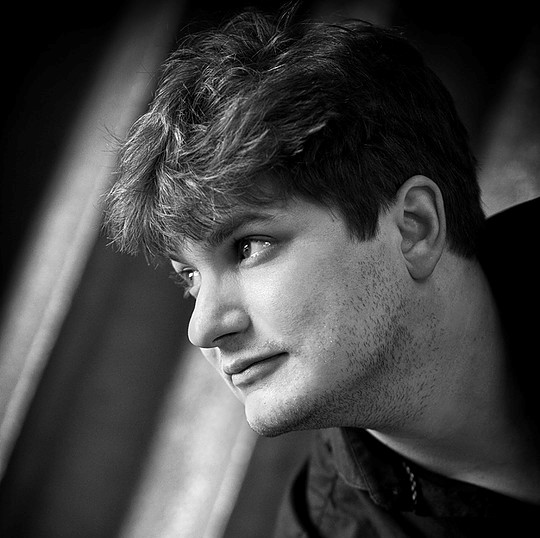 In 2005 he graduated with honors his composition studies in a class of Prof. Marek Jasiński and Prof. Zbigniew Bargielski at the Academy of Music in Bydgoszcz. In 2008 he completed doctoral studies at Fryderyk Chopin University of Music in Warsaw. Michał Dobrzyński studied also in Italy (Instituto Achille Peri in Regio Emilia) under the direction of Andre Talmelle and Prof. Maurizio Ferrarie. Moreover, he took part in many master courses and composition seminars (with the participation of composers such as A. Hillborg, L. Francesconi, M. Stroppa, I. Fedele, H. Rădulescu, D. Dramm, F. Panisello, H. Doufort).

Dobrzyński belongs to the group of young creators who were chosen by Krzysztof Penderecki and Henryk Mikołaj Górecki to prestigious program called “Young Composers in tribute to Fryderyk Chopin” which was implemented in 2007-2010 in terms of Krzysztof Penderecki’s European Music Centre. He is an award winner in many composition competitions including II Prize in the I.J. Paderewski’s International Composition Competition (Bydgoszcz 2006), III Price in the Nationwide Composition Competition on the occasion of the 25th anniversary of John Paul’s pontificate (Wrocław 2003), an award in International Composition Competition on the occasion of 30th anniversary of the Academy of Music in Bydgoszcz (2004), I Prize in Intercollegiate Competition for Fugue (2003) Michał Dobrzyński is also a multiannual scholarship of the Minister of Culture and National Heritage (2003/2004, 2004/2005 and 2012 – within the framework of a creative scholarship of Minister of Culture “The Symphony of sound sculptures” Symfonia rzeźb dźwiękowych) for string orchestra and electronics was created.

In September 2012 monographic CD „Expression” of the composer was published by DUX publishing (DUX 0752). Its performers are the Choir and Orchestra of the Silesian Philharmonic, the Silesian Chamber Orchestra conducted by Przemysłam Fiugajski and soloists (Including Bartłomiej Nizioł). The CD “Young Composers in tribute to Fryderyk Chopin” (DUX 0635/0636), on which there is Dobrzyński’s “Florence trio”, (Trio florenckie) was nominated to the Fryderyk 2009 Prize in the category “classical music/ the album of the year – contemporary music.” In 2014 CD “Tribute to Carl Loewe” with his “Three Songs to the words of Rilke” (Trzy Pieśni do słów Rilkego) and ballads of C. Loewe arranged by the composer, performed by Urszula Kryger and Adam Kruszewski and the Baltic Neopolis Orchestra and conducted by Paweł Kotla, got the recommendation of the German radio channel SWR2.

His „Operetta” based on the Gombrowicz’s drama was performed in the Warsaw Chamber Opera 11 times gaining perfect reviews of critics and very positive and vivid audience’s acceptance. The performance has been chosen to take part in the International Opera Competition and Festival “Armel”, whose 10th edition will take place in Vienna in 2017. Currently the composer is working on the new opera based on drama “Tango” by Mrożek which premiere is planned at the end of 2017 in Warsaw.

The Works of the composers are in the catalogue of the Polish Music Publisher.