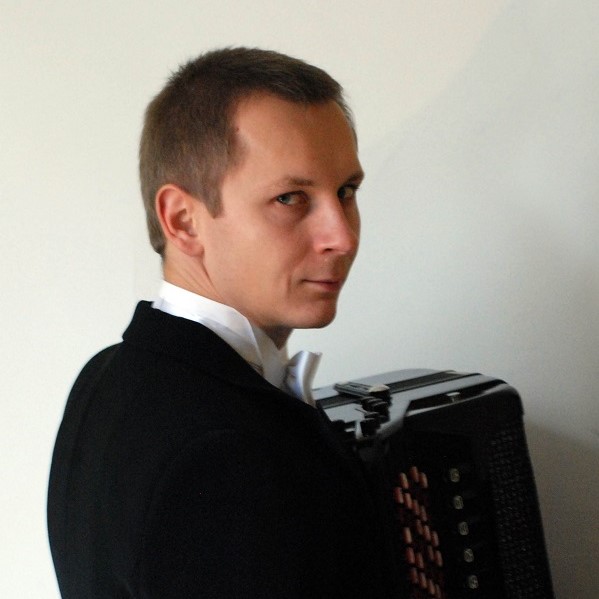 Stanisław Miłek graduated from the Feliks Nowowiejski Academy of Music in Bydgoszcz, Poland, the Faculty of Instrumental Music in the class of accordion taught by Professor Jerzy Kaszuba (with honors, 2003) as well as the Postgraduate Instrumental Music Program at his alma mater under Professor Jerzy Jurek (2005). He has taken numerous music interpretation classes, perfecting his skills under Włodzimierz Lech Puchnowski, Fridrich Lips, Mogens Ellegaard, Alfred Melichar, Jürgen Ganzer, Mie Miki, and Vyacheslav Semyonov, among others. He received the scholarships of the Ministry of Culture (2002) as well as the Marshal of the Kuyavian-Pomeranian Region (2002). He is the winner of performance contests, including the 24th National Accordion Contest (Bydgoszcz, 2001) as well as the International Accordion Contest in Castelfidardo (2002). He performed world premieres of works for accordion solo as well as with the participation of young Polish composers: Marcin Gumiela, Sławomir Opaliński, Piotr A. Komorowski, Łukasz Godyla.

In 2013 he completed his Doctoral Studies at his alma mater with Doctor of Music degree. He teaches at the Department of Instrumental Music as an Assistant Professor.