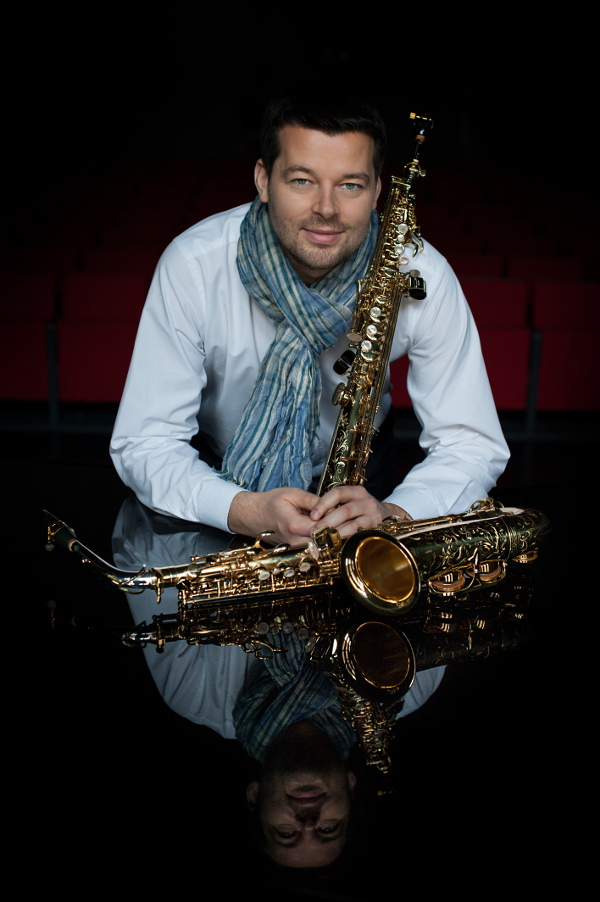 Włodzimierz Spodymek completed the degree of the Doctor of Musical Arts in Instrumental Studies at the Karol Szymanowski Academy of Music in Katowice. He also studied at the Fryderyk Chopin Academy of Music in Warsaw, in the saxophone class of Prof. Paweł Gusnar.
He graduated from the Karol Szymanowski State Secondary Music School in Katowice, in Bernard Steuer’s saxophone class. He perfected his skills as an active participant in many master classes, working with such eminent saxophonists as Claude Delangle (Paris), Vincent David (Versailles), Ed Bogaard (Brussels), Detlef Bensmann (Berlin) and David Pituch (USA).
He cooperated with numerous symphony orchestras, including the National Philharmonic Orchestra in Warsaw, Sinfonia Varsovia, Sinfonia Iuventus, the Opole Philharmonic, the Płock Philharmonic and the orchestra of the Fryderyk Chopin Academy of Music in Warsaw.
He played concerts with renowned conductors, such as Krzysztof Penderecki, Antoni Wit, Marc Minkowski, Frieder Bernius, Tadeusz Wojciechowski, Wojciech Michniewski, and others.
In the artistic season 2005/2006, he worked with the Warsaw Philharmonic Chamber Orchestra, giving concerts all over the country.
He also collaborated with highly esteemed artists, such as Leszek Możdżer, Ewa Podleś, Waldemar Malicki, Adam Makowicz, Silesian String Quartet, playing in Germany, Austria and Italy.
He is invited as a jury member at saxophone competitions, and as a lecturer to methodical teaching courses, saxophone seminars and music workshops for teachers, students and pupils organized by the Ministry of Culture and National Heritage, the Centre of Artistic Education and the Association of Polish Artists – Musicians. He has taken part in radio recordings.
In the years 2011 – 2014, he was a three-time holder of a scholarship granted to the best doctoral students at the Karol Szymanowski Academy of Music in Katowice. In 2016 he received the Individual Award of Director of the Center for Artistic Education for special contribution to the development of arts education in Poland. He became an appointed teacher in 2018.
He is currently employed as an assistant professor at the Feliks Nowowiejski Academy of Music in Bydgoszcz and the Fryderyk Chopin State General Primary and Secondary Music School in Opole. His students have been laureates of many competitions in national and international solo and chamber music.
Together with his wife, he creates The Sax-Piano Duo, which performs the works of classical saxophone repertoire. He is a signed artist of Henri Selmer Paris and MARCA Reeds.
www.wlodzimierzspodymek.com
www.facebook.com/wlodzimierzspodymek