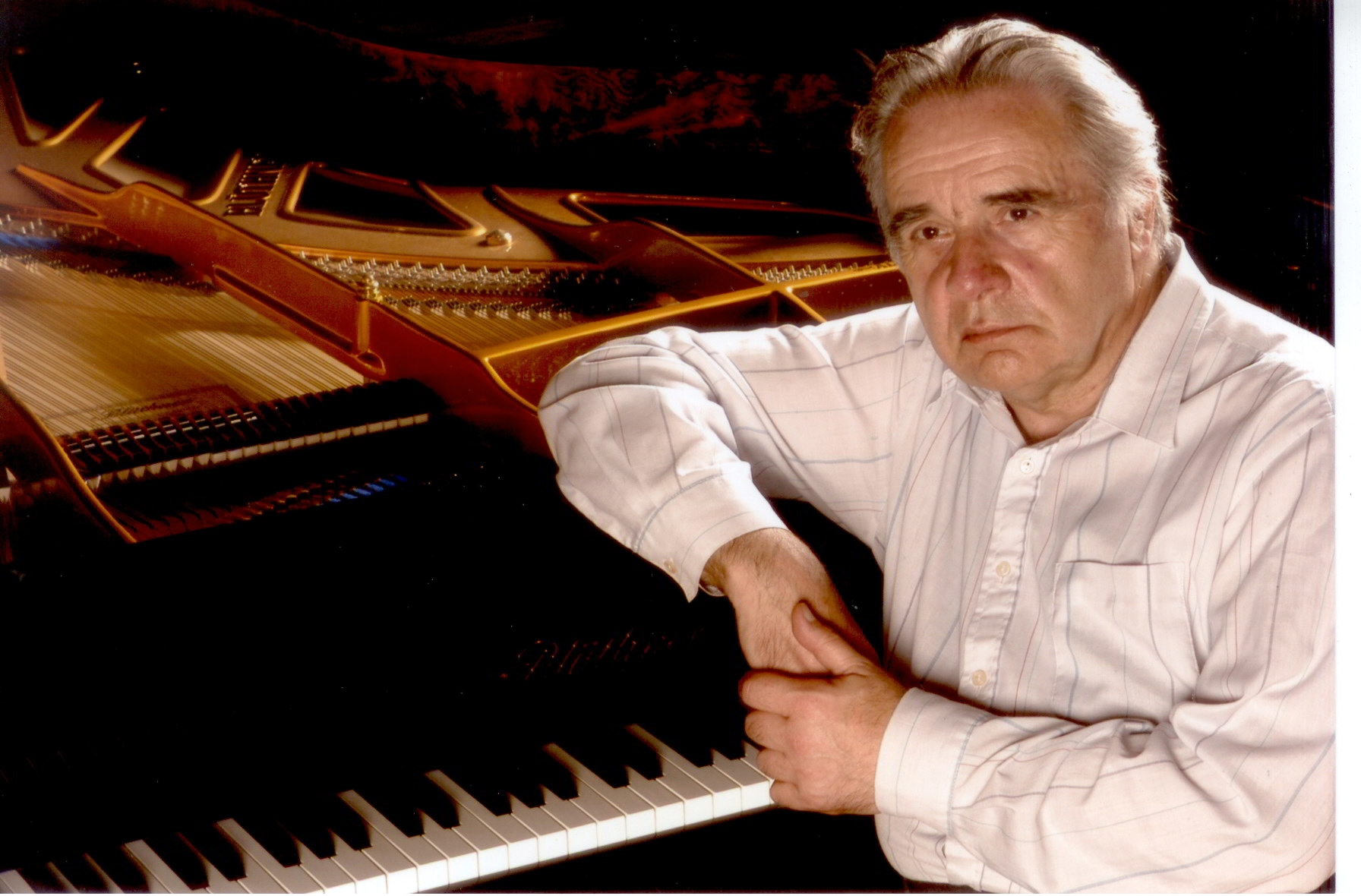 The ceremony of conferring the honoris causa degree took place in the Professor Roman Suchecki Concert Hall at 3 Staszica Street on 27th November, 2007.

Jerzy Godziszewski was a finalist of the 6th International Frédéric Chopin Competition in Warsaw and the winner of the special award founded by Witold Małcużyński.

Jerzy Godziszewski was born on 24th April, 1935 in Vilnius. His father was a sculptor and his mother was a pianist. At the age of six, he began learning to play the piano, first under Aleksandra Dirvianskaite and then under Professor Emma Altberg. After World War II, in 1946, he started the State Secondary School of Music in Toruń, where his father took up employment with the Faculty of Fine Arts at Nicolaus Copernicus University. He graduated with distinction in the class of Professor Irena Kurpisz-Stefanowa. In 1952 he undertook his piano studies with the said professor at the State Higher School of Music in Poznań and continued them at the State Higher School of Music in Warsaw in the class of Professor Stanisław Szpinalski and, after his death, Professor Maria Wiłkomirska.

In 1960 he entered the 6th International Frédéric Chopin Competition, winning the 2nd Distinction Prize. Several months later, he obtained the degree of Master with Honours. In 1960 and 1961, he participated in the Summer Courses of Pianistic Perfection and Interpretation in Arezzo, Italy, which were given by Maestro Arturo Benedetti Michelangeli, and which crowned the period of his piano education. In the early 1950s, Professor Jerzy Godziszewski commenced his artistic activity as a pianist and was giving concerts on stages at home and abroad uninterruptedly throughout his life.

In 1967 he became a teacher at the State Higher School of Music in Wrocław, where he instructed a piano class, and in 1978 he moved to Bydgoszcz to lecture at the then branch of the State Higher School of Music in Łódź, which later became an independent unit and was renamed the Feliks Nowowiejski Academy of Music, and where he was lecturing until his death on 4th March 2016 .