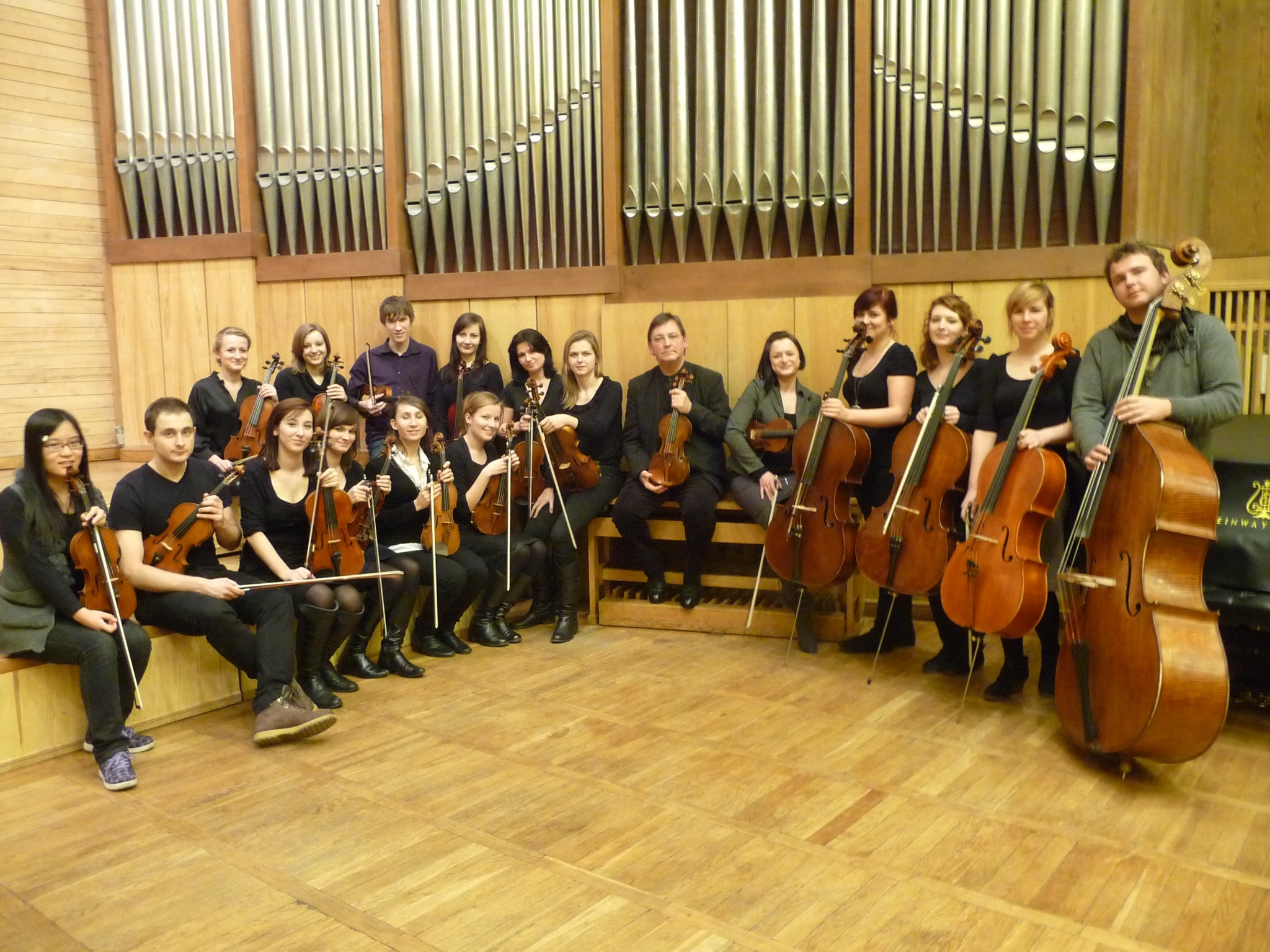 The Orchestra was established in 1989 on the initiative of the famous violinist, Prof. Paweł Radziński, a graduate of the Moscow State Conservatory and a professor at the Academy of Music in Bydgoszcz, who has acted both as the artistic director and soloist of the Orchestra until the present. Its members are the Academy’s students and graduates. In the Orchestra’s inaugural concert Viktor Pikaizen and Paweł Radziński appeared as soloists (30th June 1989) to mark the finale of a violin competition. The Orchestra prides itself on its artistic achievements, including concerts in Poland as well as abroad. In 1995 Accademia dell’Arco toured in Germany, and in March the following year it was asked to take part in the International Chamber Orchestra Festival in Murcia (Spain). The Orchestra also performed in Germany and Scandinavia under the name of Academia Baltica, collaborating with German and Scandinavian performers and giving concerts in Poland, Germany, Italy and Scandinavia. The Orchestra maintains contacts with the Fondazione Romualdo del Bianco and thus gives regular concerts in Florence. Active approach to its artistic development results in the Orchestra’s eagerness to take part in music festivals and radio and television recordings. Owing to the systematic work of the Orchestra’s musicians, its rich repertoire ranges from early Baroque to contemporary music. In April 1999, the Orchestra was the first ever to perform the Sacral View by Harri Kerko, and in April 2012, Accademia dell’Arco won the 1st Prize at the International Citta di Barletta Competition in Italy.