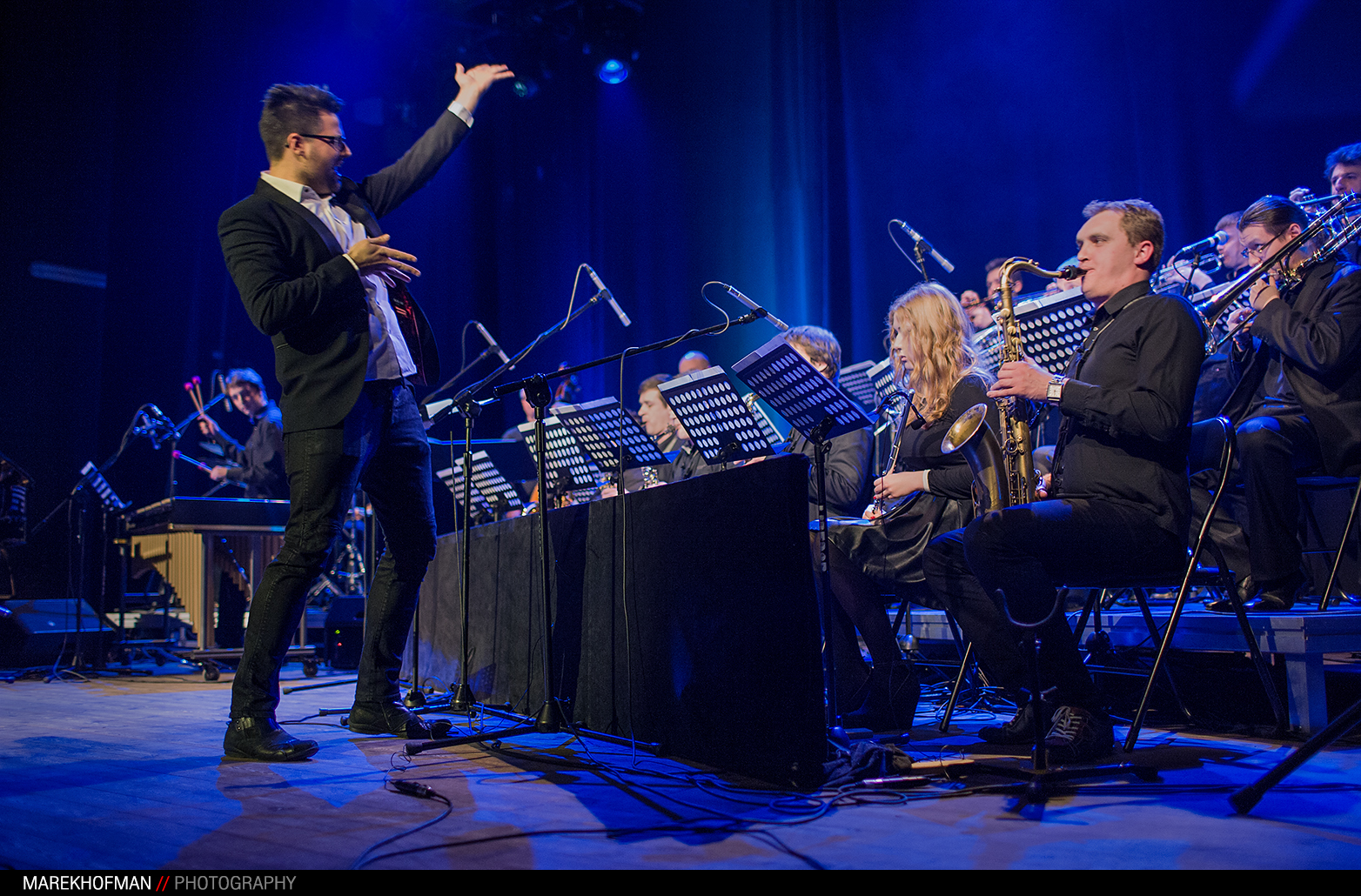 The Feliks Nowowiejski Academy of Music has its own Jazz Institute Big Band, which was established in 2010. The artistic director of the ensemble is professor Andrzej Zubek. In the years 2011-2013 Maciej Afanasjew was their co-director and since 2013 it has been Michał Szlempo. The Big Band won the second price at the XVII Big Band Festival in Nowy Tomysl in 2012. The Big Band’s concerts often feature well-known Polish jazz musicians, including Maciej Sikała, Jerzy Główczewski and Marcin Gawdzis who played with the ensemble at the Bydgoszcz Jazz Academy. The Big Band also took part in Edward Czerny Tribute Concert, held in Ignacy Jan Paderewski Pomeranian Philharmonic. The Big Band conducted by Michał Szlempo won a prestigious award at the XX Big Band Festival in Nowy Tomysl – the second best ensemble in 2015.
The Big Band performs a wide range of jazz, classical and popular music, as well as the compositions of their two directors.